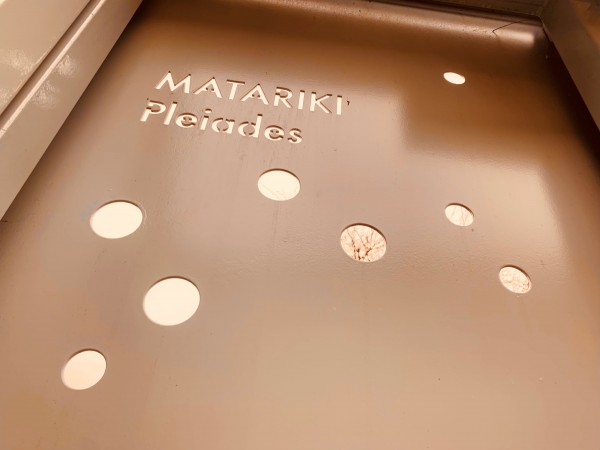 Seen from all over the world, the rising of the constellation Matariki in New Zealand Aotearoa signals the start of the Māori New Year.

Commonly known as Pleiades, the Seven Sisters, Messier 45, and Subaru; Matariki is an open cluster of thousands of stars within the constellation Taurus; due east of Tautoru Orion. Up to nine stars are visible to the naked eye.

An indication of the Māori New Year's first appearance is in late June - early July each year. Friday 24th June 2022 is the first public holiday in Aotearoa that recognises Te Ao Māori.

Easily recognisable for the delicate twinkle made by the constellation; traditionally the celebration of Matariki was a time to commemorate those who have passed on and celebrate a time of plenty when stores were abundant from horticulture, hunting, and fishing.

Books about or featuring Matariki for children and grownups - reading list

A fun way to learn the Māori names of some of the stars of Matariki.