search kids catalogue →
About » Our Story

Located in the first city in the world to greet the morning sun - the library has had a long history by New Zealand standards. It first opened in 1869 as Turanga Library, in a room in the courthouse at a time when there were no roads overland and visitors came by horseback or boat to the district.

Time for an Upgrade

Built in an analogue age the library was becoming cramped as more space was needed to deliver a modern library service to the community.  Doubling the floorspace the extension has provided:

The central service hub. The name was gifted by Sir Derek Lardelli. It literally means 'many pages' yet is interconnected with kaokao and poutama linking numerous pathways of knowledge. 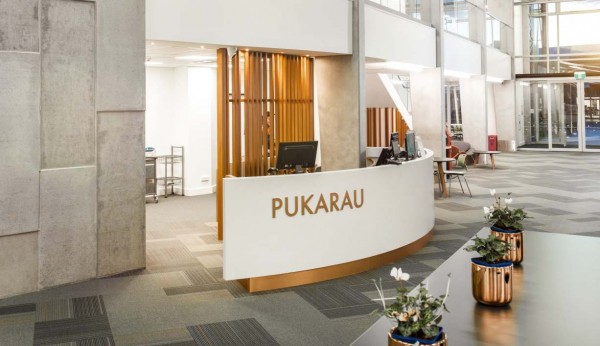 Articulating the transfer of knowledge from adze to quill to pen and into the digital age. Three toki arc above people as they walk along the ararau pathway entering the building. 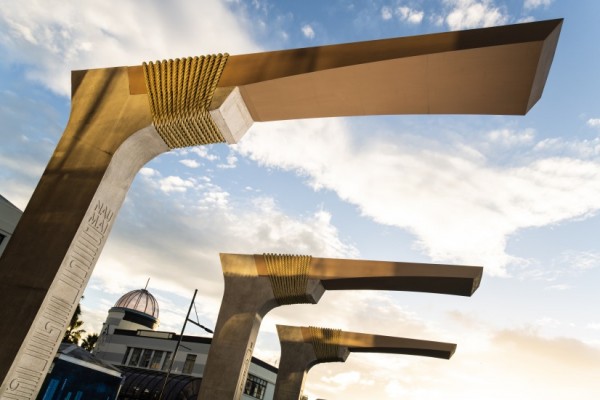 Visitors are guided into the building following the entry path alongside the replica page of The Treaty of Waitangi. The pathway relates to the mana or status of those who signed the Treaty, as well as creating a connection to the toki which are a sign of occupation.

Located under the soffit and on the concrete wall next to Pukarau is the vertical pattern of a poutama. Commonly known as the stairway to higher knowledge, the pattern is symbolic of the journey made by Tane, the traditional Maori god of humankind. His journey was to take him from earth up into the heavens. From the heavens, he hoped to obtain all the knowledge that one aspires to gain. It remains a reminder of perpetual advancement through lifelong learning. 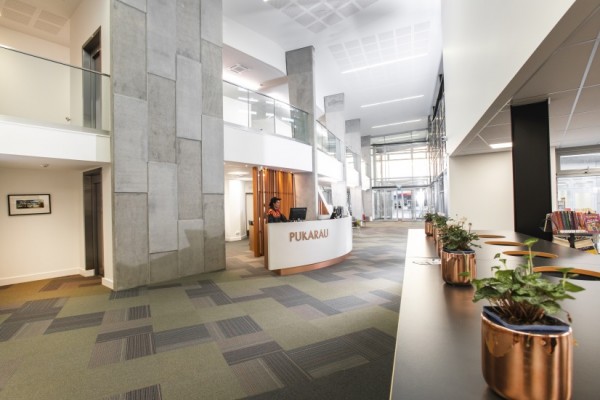 Turanga/Gisborne was the first meeting place of two peoples, following exceptional navigational feats of the first iwi who arrived in the late 13th century and Lieutenant James Cook who arrived in 1769. The stars were a common guide and are represented here in the Kahui Whetu Constellation Courtyard and to identify study and meeting rooms.

Matariki/Pleiades is represented across many of the glass walls. 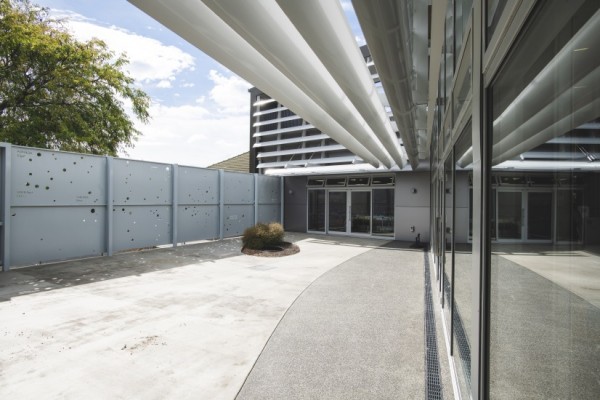